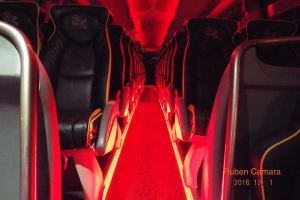 Sport Lisboa e Benfica, commonly known as Benfica, is a Portuguese sports club based in Lisbon, Portugal. It is best known for the professional football team playing in the Primeira Liga, the top flight of Portuguese football. Benfica are the current Portuguese champions, having won three consecutive league titles; Eusébio won the Ballon d’Or in 1965.
The supporters of Benfica are known as Benfiquistas. They sing the club’s anthem at the start of every home match and sometimes during the match.They call the club o Glorioso (the Glorious One) hence the popular chant “Glorioso SLB”. In some countries, Benfica has supporters’ clubs known as Casas do Benfica (Benfica Houses), which are places where Benfiquistas gather. Benfica is also supported by the Diabos Vermelhos and the No Name Name Boys, two unlegalised supporters’ groups.
Benfica has rivalries with Sporting CP and FC Porto, with whom it forms the “Big Three”: Portugal’s most successful clubs.
Eusébio is the club’s all-time top goalscorer. He is also Benfica’s top scorer in UEFA club competitions with 56 goals. Nené has the most official appearances (575) and is the player with most titles won (19: 10 leagues, 7 cups, 2 super cups). Luisão has the most appearances in European matches and is the captain with most matches. Cosme Damião is the longest-serving coach (18 consecutive years). Otto Glória is the coach with the most league titles won (4). Jorge Jesus is the coach with most titles (10: 3 leagues, 1 cup, 5 league cups, 1 super cup). Rui Vitória is the coach with the highest percentage of wins in the domestic league with a minimum 34 matches played (85.29%).